What Is a Virtual Machine and How Does It Work 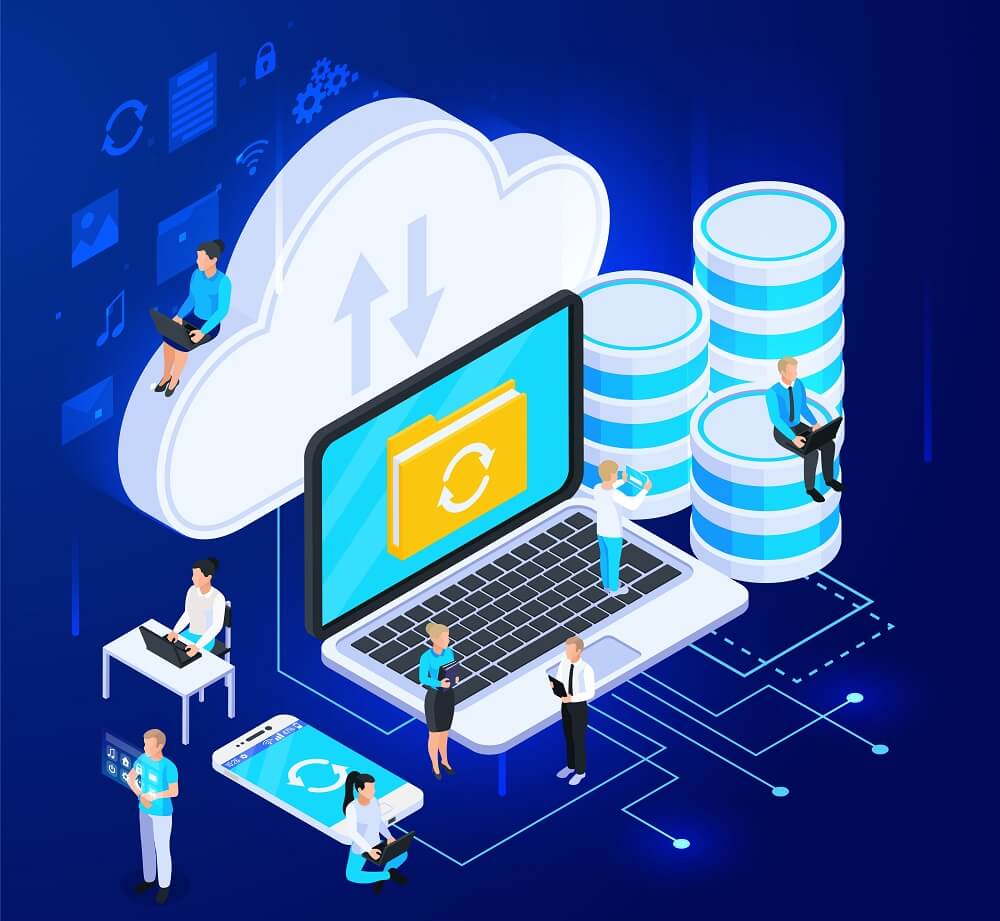 Today’s innovative technologies such as cloud computing owe their existence to the concept of virtualization. Virtualization is the act of creating and running a virtual instance of a computer system using resources that are traditionally bound to hardware.

Virtual machines let you run an operating system on your desktop in a separate app window. According to Statista, the virtualization software market was worth $63 billion in 2020. Virtual machines make Information Technology (IT) easy to manage and less expensive to run.

What is a Virtual Machine?

Even when you run multiple VMs on a host machine, each virtual machine still has its separate operating system. The use of virtual machines may involve implementing unique hardware, software, or a combination of both.

How Does A Virtual Machine Work?

The term ‘virtualization' is the process of creating the software model of a physical computer. A virtual machine has its fixed amount of CPUs, memory, and storage space often borrowed from a host machine – i.e., a physical computer – or a remote server.

You can run a virtual machine in a window as a different computing system. Most times, people use it when they want to work on an operating system that is different from the one installed on the host machine.

Virtual machines even function as some users' entire computer experience – especially those that operate ‘work' computers. The machine is separated from the rest of the host system, meaning that the software program in a virtual machine does not affect or interfere with the host machine's operating system.

You can use a disc to install an operating system on a virtual machine, and it would install and successfully run like it would on a physical computer. So whenever you want to work on that operating system, you can open the machine program in a window on your desktop computer.

What are VMs Used For?

Other uses of virtual machines include:

What Are the Benefits of Using VMs?

Although virtual machines run on a physical ‘host' computer with different operating systems, they also have the advantage of working entirely independently of one another (in the case of multiple virtual machines on a host computer) and the physical host machine (desktop).

A software program, known as a hypervisor, or VM manager, allows you to run different operating systems on other virtual machines simultaneously. That is, you can use a Linux VM on a MAC OS, a MAC VM on a Windows OS, a Windows VM on a Linux OS, or even run an earlier version of an operating system on a more current OS.

Virtual machines are also portable because of the independence feature they possess. You can transport a virtual machine through a hypervisor to another hypervisor on a different host machine within a flash second. The portability and flexibility feature they have, provide so many benefits for the users, such as:

With over 20 years of operation, VMware has been considered the best choice of software that suits the industry standard because its vast functionality covers many virtual needs.

This software permits advanced solutions, thereby eliminating photo and video quality reduction within the VM even when operating on high-graphics applications. It allows you to run virtual machines from rival vendors, and its networking features allow you to elaborate virtual networks for different virtual machines.

There are two versions of VMware Workstation: Workstation Player and Workstation Pro. The player version is free for users, and it can support up to 200 guest operating systems. Also, it allows file sharing between the host computer and the guest. This version does not have some advanced functionality, such as running multiple virtual machines at a time.

The Pro version opens you to features beyond the trial mode and has Unity mode for MAC users. Both versions are also compatible with Windows 10 OS and 64-bit Linux OS.

Like VMware Workstation, Fusion's basic version is free to use and available for personal use only. The Pro version is used primarily by large businesses and individuals who need access to advanced features. It has some features like mixed-retina configuration and 5K Mac displays and is also compatible with Mac OS.

The VMware Fusion 12 Pro+ offers you the ability to run Windows on Mac and other operating systems simultaneously. It offers technical support.

Oracle VM VirtualBox supports many guest operating systems, including Windows XP through to Windows 10 and Windows NT. It can also run virtual machines with Linux 2.4 and the versions above.

This software is a perfect choice for long-time Mac users that occasionally need to run Windows OS on a separate system. Parallels Desktop makes it easy for users to run both operating systems side by side. It helps users to optimize hardware resources for them to have the Windows experience.

Parallels offer most of the features in a paid virtual machine, and it has some specific features for Mac users. You can share files between two different operating systems. Cloud-based storage space is included in the application, and it can be distributed between Windows and Mac Operating Systems (OS).

There are three versions of the Parallels application, and each of them is suitable for a specific audience. You can use the standard version if you are switching from Windows to Mac for the first time.

The pro version is for software programmers and developers, software testers, and other sophisticated users. It has 24/7 email and chat support and pro networking tools.

The business version includes every feature from the other two versions, plus management tools and centralized administration.

Microsoft Corporation introduced this software for professionals and enterprises. It is an in-built system that supports linking with a Windows 10 host OS and other guest operating systems. This virtual machine also supports various versions of Linux OS and old systems like MS-DOS.

QEMU is currently the best choice of VM software for worldwide Linux OS users because of its easy-to-use emulation tools and zero-dollar price tag. Running specific virtual machines like KVM on QEMU gives an outstanding performance that users nearly forget they are running a VM.

The software is compatible with:

QEMU is free to use.

Setting Up a Virtual Machine

Having known and decided on the virtual machine app to use, download and install on your host computer. Once you have installed it, setting up is a straightforward process. Let us go through the steps in VirtualBox (as an example) one after the other so you can see how easy it is to do it without cleaning a drop of sweat.

After installing, open the virtual machine application and click on the ‘New' button to create a new virtual machine. You will be guided through the process by the application, which will first request the choice of OS you want to install.

If you start typing the name of the OS in the appropriate box, you will most likely see related options popped up for you to pick the type and version. If it does not bring your choice, type it fully into the box and click ‘Next.'

The operating system you choose will automatically preselect some options for you. If you are not okay with what is selected, you can change it to your choice. You will be asked to choose the memory you want to assign to the VM (Virtual Machine).

A default figure is set, but you can adjust it if you want more or less. If you are okay with the default, click on ‘Next' but know that you can change the figures later.

But if you pick the dynamically allocated disk drive, you will also choose your desired disk drive size, but the created file will grow to the size you initially picked as you continue to use it. It is better to pick the fixed-size disk size because they perform better while consuming more disk space. Also, it allows your virtual machine to be more responsive.

Step 4: Select The Size Of The Hard Disk Drive You Want To Create

The next step after picking your choice of a hard disk drive is to set your preferred size. You can either go with the default or make changes where necessary. When you click on ‘create,' then your virtual hard disk is created.