Debt Service Coverage Ratio – Guide on How to Calculate It 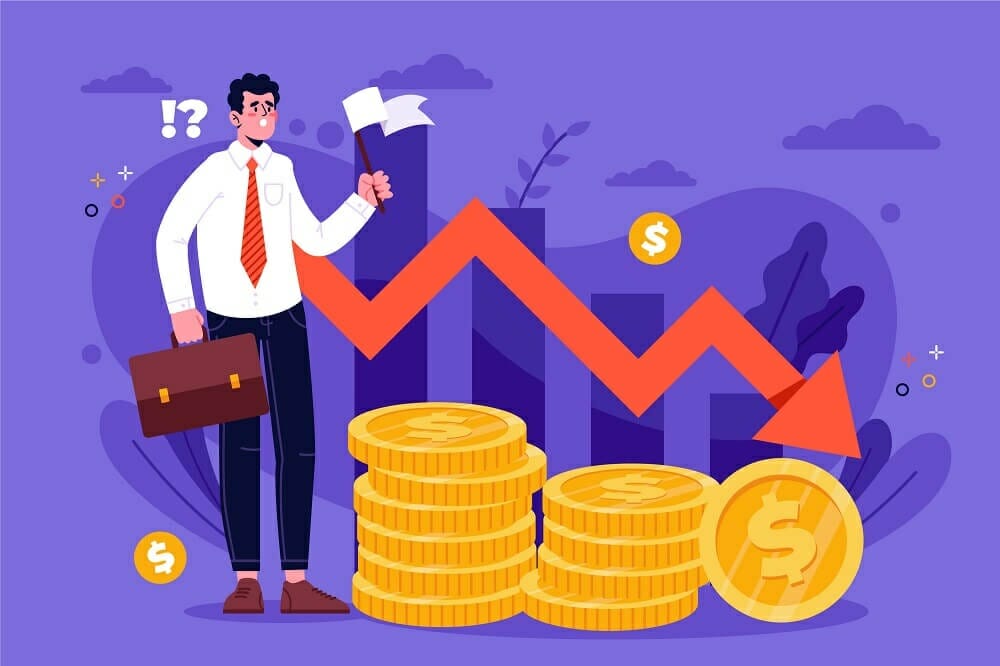 When seeking real estate finance and commercial lending, one of the key concepts you need to be familiar with is the Debt Service Coverage Ratio (DSCR), also known as DCR.

Before you are issued commercial real estate and business loans, lending organizations use this key metric to check the financial health of your company. It also plays a key role in determining the maximum loan amount you can get.

What is Debt Service Coverage Ratio?

Debt Service Coverage Ratio tells you a company’s available cash flow to pay its current debt obligations. If your DSCR is less than 1, then your company is in trouble. The minimum number your DSCR should ever be is 1, which means that you can pay exactly the amount you owe with the exact amount of cash you have.

The DSCR formula is simple! DSCR is your net profit divided by the total amount of debt needed to service.

That is the formula you need to calculate your Debt Service Coverage Ratio (DSCR). The tricky part however is how to determine the numbers that get into the formula. Debts might be in multiple places, and you can not calculate your DSCR for each debt. You have to add all the other debts that are being serviced.

For Net Income, the same thing applies. You have to calculate how much of your profit remains after operating expenses. They include things like your rent, transportation, salaries of your staff, and maintenance fees for your machinery.

Your debts are all the monies you need to pay off, and your net profit is the amount you count with slick thumbs and a smile on your face after paying everyone at the office. So from that money being counted, can you pay your debts? And how many times over can you do it? That is what DSCR calculates.

Another formula for calculating Debt Service Coverage Ratio is:

Interest = the Interest payable on any loan

A company with a Debt Service Coverage Ratio (DSCR) of 1.2 approaches a bank for a loan and presents all its financial records for the year, and the bank refuses to give the loan.

With an income of $10m (minus operational costs) every year, and an existing debt of $8.3m (including principal and interests and taxation), a DSCR of 1.2 is a healthy number to have, but a request for a new loan would not be accepted.

Because 1.2 is the DSCR that was obtained after the last debt. With a new debt to be acquired, the new debt would be added to the previously existing debt and the DSCR would be calculated again. If the DSCR does not meet up to 1.0 with the new calculation, then the debt would not be considered.

The DSCR falling below 1 is an indicator that the company would not be able to pay back its debt when it is due.

Why is DSCR Important

DSCR is an important key metric for businesses for various reasons.

For companies that have large or multiple bank accounts, it is very easy to overlook a piling amount of debt. And the more the size of their debts, the more financial and economic trouble the company is likely to fall into.

Properly monitoring their DSCR also lets a company know when to increase their income, and when to reduce their operational costs and expenses.

For small business owners, it helps them know exactly how much they have as income for a year, and how much of that profit goes back into their accounts as profits. The need for profits in small and medium enterprises is crucial because it goes a long way in determining their survival and growth.

DSCR lets borrower companies know just how much of their debts can be paid. With DSCR, business owners and administrators know the possibility of paying their debts back, relative to how much of net profit will get into their hands at the end of the year or the specific time frame it is being calculated for.

There is a lot more at stake with debt and loan acquisition than just profit loss. A staggering amount of debt and loan contracts have clauses in them that claim ownership of certain facilities and properties the moment a loan is defaulted on. Companies have to be aware of their debt realities so they do not lose their properties or even shares.

For the lenders, it tells them the probability of getting their money back. Some institutions do not even consider Debt Service Coverage Ratios under 1.25, and for some other lender institutions, a DSCR of 1.5 or below is unacceptable.

The idea behind this is that emergencies happen all the time. If a borrower can only boast of 1.25, in the case of another emergency, that number could dip further and fall below 1.

The moment a borrower’s Debt Service Coverage Ratio falls below 1, it is mathematically impossible to pay up all of his or her debts at the agreed-upon time. This is the reason companies in precarious situations like these are forced to lay off employees or move to a cheaper office and trim themselves of any indulgence, to reduce their operating costs and increase their DSCR.

How Can I Increase my DSCR?

You can only increase your Debt Service Coverage Ratio (DSCR) by increasing your net income. Increasing Net Income can be done in so many different ways. One way to do this is to increase your gross income, but sometimes that increase may not reflect in the time frame where a healthy DSCR is needed (DSCR is calculated annually, but sometimes companies use months too).

Alternatively, a reduction of total debts serviced would also increase a company’s Debt Service Coverage Ratio, but it would be an exercise in futility since DSCR is the calculation for a company’s eligibility to take and receive loans.

What is a Good Debt Service Coverage Ratio?

However, the minimum number that ensures the survival of the company and complete repayment of debts is 1.0, although there would be absolutely no profits for the owners or investors of such a company. Anything below 1 cannot pay the debts and ensure that the company survives.

What is the Asset Coverage Ratio?

Asset Coverage Ratio is different from DSCR because it considers other things outside of the income of the company. It looks at the properties and assets that the company owns and could be sold to offset its debts.